We woke up this morning to grey clouds but decided that we would go ahead with our visit to Krka National Park anyway (besides which Chris, who we met in Hungary, had said it was a fabulous visit, so we didn’t want to miss it).  Maybe the miserable (or rather, not sunshiny) weather would keep visitors to the park down.  Turns out that is not the case as it was still fairly busy when we arrived.  Although we have to say that we would not like to have visited in high season when it would literally be heaving with visitors.  The park manage to control this by issuing only 10,000 tickets per day – this was a very recent decision made in June 2017.  When we got there there were still 6800 or so tickets left, so a reasonable number.  Think we may get in.

The gorgeous Mr T was reluctant to take our swimming gear with us as he had to carry the backpack with it all inside, but I managed to just persuade him to hang on to it just in case the weather cleared.  He was sceptical but conceded …… eventually.

We set off having looked at the map that said the Stradinski Buk Falls were a mere 850m walk away.  Turns out it’s a 10 minute bus ride down to the valley and THEN a walk to the falls … and a bit more than the 850m. 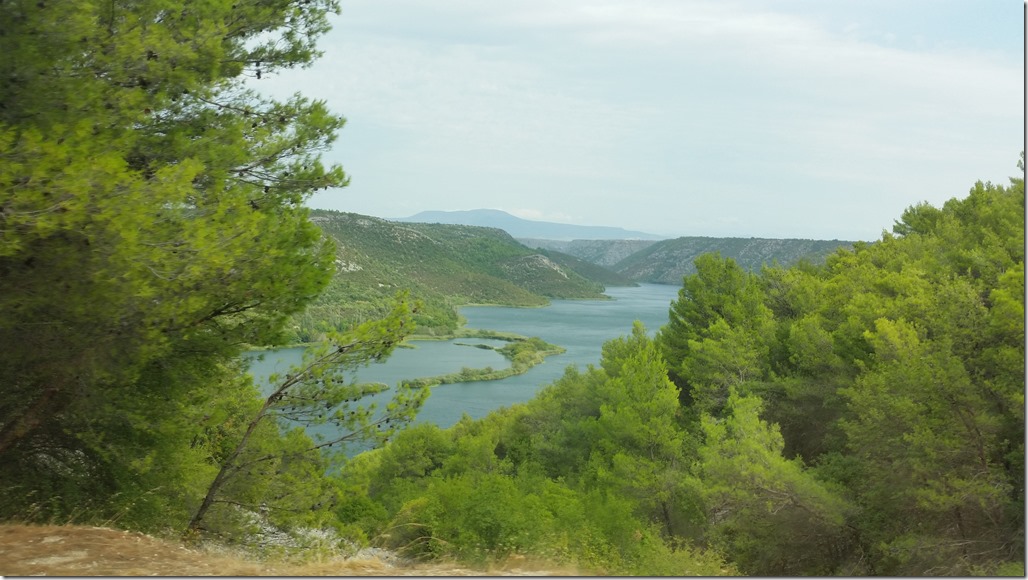 But it was a glorious walk and as we got nearer to the falls…..guess what?…..the sun came out. Thank goodness we’d brought our swimming gear with us!!!

The falls are beautiful but, damn, the water’s cold!!  Not as cold as in Slovenia but cold enough!!  brrrr  It was lovely to get out and sit on a rock in the sun to dry off. 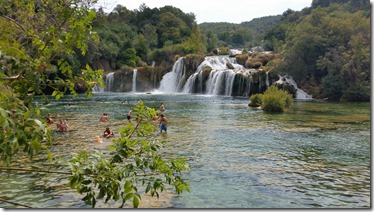 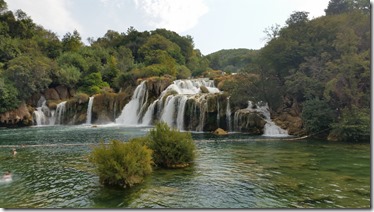 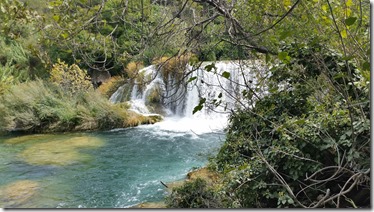 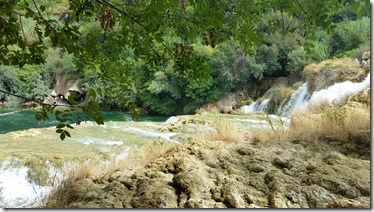 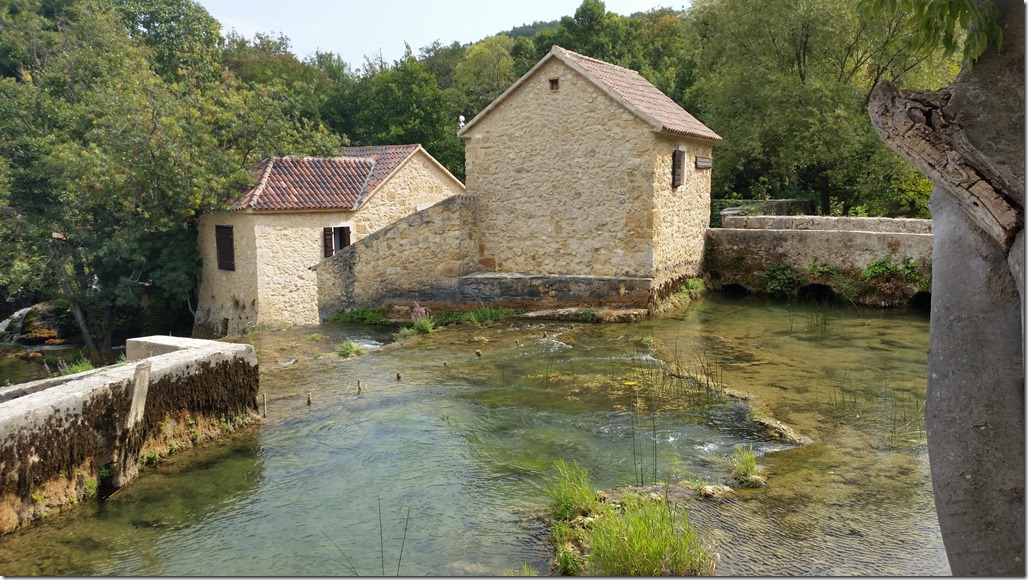 After a cooling slushy drink we walked back to the buses via the shorter but much steeper route and we were off again in the bus back up out of the valley and back to the car park.  As we got back to Kaya we could see thick smoke drifting in the sky to our left – a definite bush fire.  We had stopped in at the Marina Campsite just next to the park on our way in, but having seen the smoke, knowing just how quickly a bush fire can spread and with all the bush fires that Croatia had been experiencing over the summer, we decided that we wouldn’t stay and that we would push on further south.  Turns out later this was the best decision we could have made.

As we left Krka National Park behind, we turned back in our seats (well, I did, the gorgeous Mr T had to be content with a glance in the mirror!) as 5 fire appliances roared passed us, sirens blaring, to see a massive fire engulfing bush very close to the houses & camps near the park.  As we drove further south, we passed another 5 fire engines rushing up to the national park to help with the fire.  Not good.

It was approaching lunch time and I turned to the gorgeous Mr T, “If you see a pig on a spit or any other animal with a stick up it’s rear, let’s stop for lunch”.  To which, the gorgeous Mr T executed a magnificent (but safe) handbrake turn and suckling pig it was for lunch!  All for the amazing sum of €10 each (with enough for leftovers for another meal). 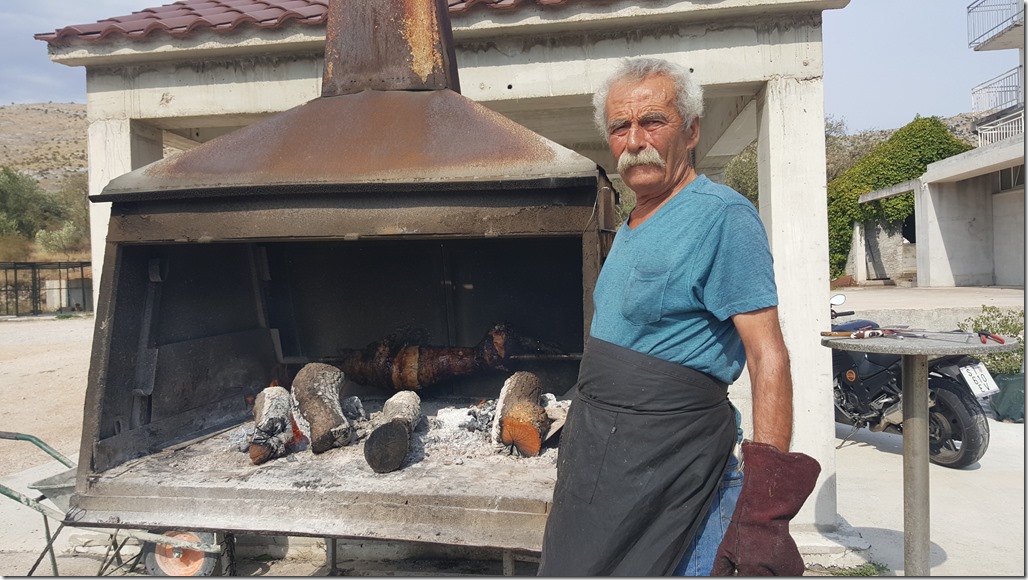 As we were enjoying our leisurely lunch, unbeknownst to us, loads of motorhomes and caravans were passing us by as the fire had started to threaten all the campsites and homes around the national park and everyone was being evacuated.

We set off from our leisurely lunch for a wander down to the next campsite 30 minutes away, only to find nowhere nothing free as the evacuees from the other sites took up the last spaces in the sites.  4 campsites and 130kms later we finally found a spot to stay (only with a bit of begging and pleading for us to use up a parking space till a spot was freed up for us) at Camping Viter is Zaostrog, another of Chris’ recommendations – thanks, Chris!.

We had been making our way south and the clouds had been gathering and as we were setting up in our parking spot the rain started to patter on Kaya’s roof.  The patter turned into a deluge and the deluge into a storm.  As we lay in bed that night, the thunder crashed and the lighting split the skies and although we always feel safe in Kaya, being in a tin can in a storm of biblical proportions can be a wee bit frightening.  We finally settled down and fell asleep to a constant rain in the early hours of the morning.

Day 2 passed slowly (grey and wet) as I caught up on the blog, made use of a few dodgy bananas to make some muffins (check out the muffins on the left, a dead giveaway that Kaya was far from level!!) 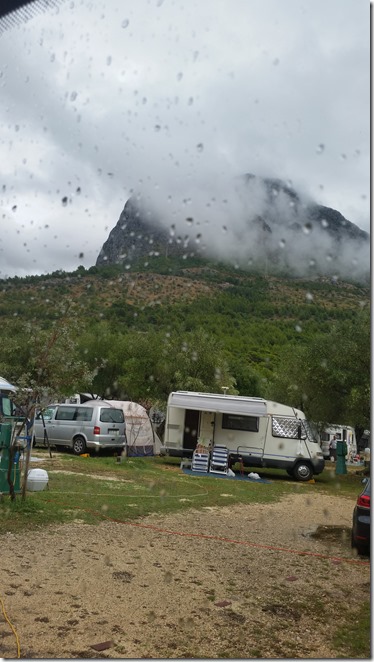 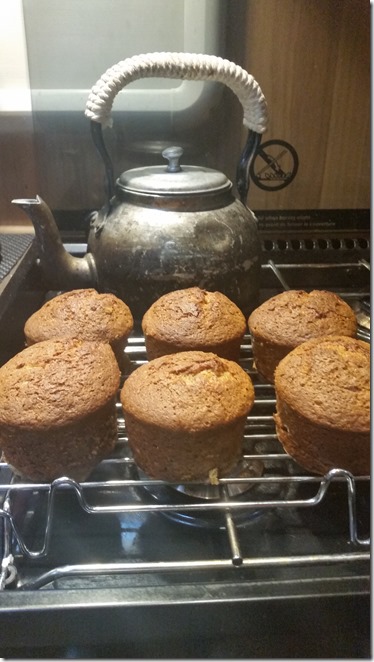 and we feasted on one (of our many!) favourite Croatian foods – pita with a meat filling.  As I said, not much to do! 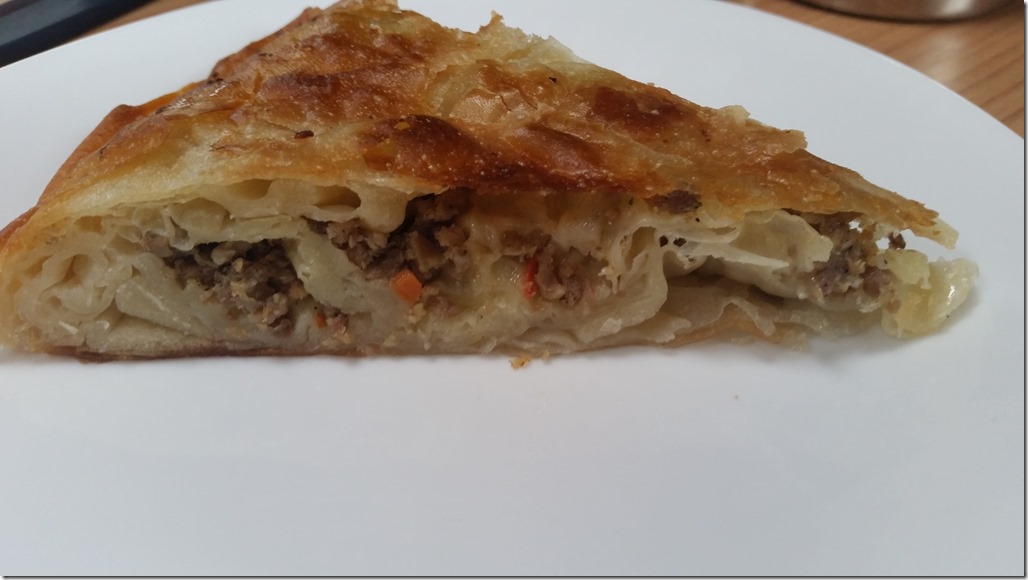 On Day 3 we finally managed to cadge a proper site.  Even though it was a prime site, as we had spent the last 2 nights in a parking space, we negotiated a great deal with the camp manager for a low rate.  The sun came out, the rain dried up, we lay in the sun as it dried our washing and we drank our coffee as the sun set over Zaostrog. 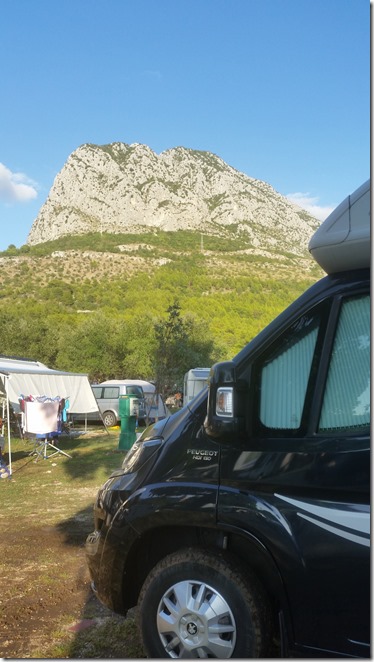 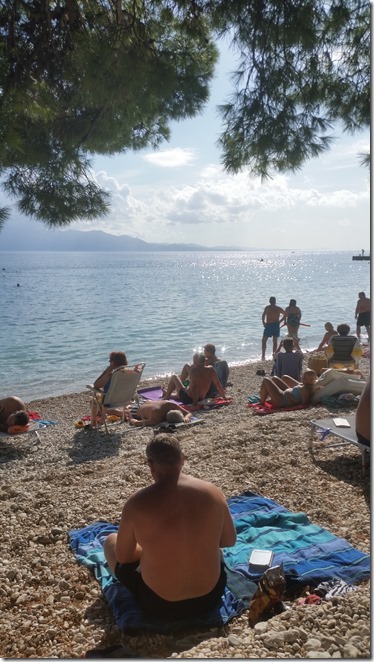 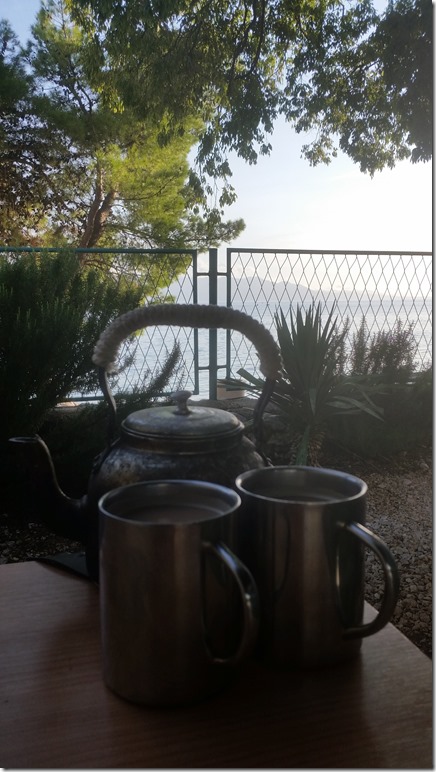