Austria, Hungary, Slovenia and Croatia have all been in the tight grip of a drought with the last rains seen in May 2017 over 4 months ago whilst at the same time seeing record highs in the summer temperatures.  Whilst wonderful for us holidaymakers visiting them, with this double whammy, comes the beginning of crop failures, water restrictions and in July, during the peak of the summer heat, forest fires blazing up and down the beautiful Croatian coast obliterating swathes of natural forest, fauna and flora.  The droughts have affected the main crop of olives, figs, vines, lavender & maize, all staples in all of these countries and this year’s drought has now been declared a natural disaster.  So the fact that we are managing to just stay ahead of rainy weather (bad for us but great, although a too late for this year, for the locals) is a very bitter-sweet.

But with a constant eye on the weather and judging when it’s time to move on or when it’s time to stay and ride it out, we have been very lucky to experience some fabulous summer weather with a few days of grey cloud and/or rain.

The stop at Senj (pronounced: Seni) was chosen specifically for the views and the ability to park up right on the sea front.  When we arrived, the campsite was relatively empty so we chose a spot away from everyone right at the back end of the site but with the most fabulous views of the Adriatic from every angle in Kaya. 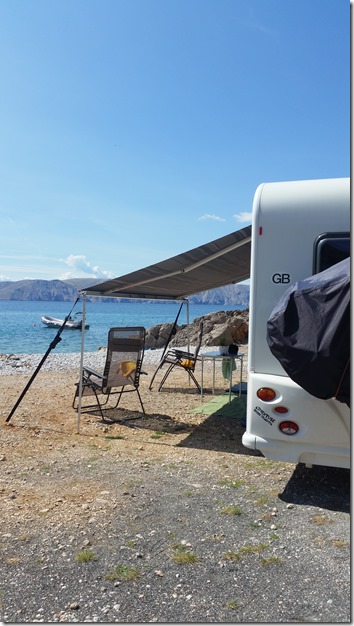 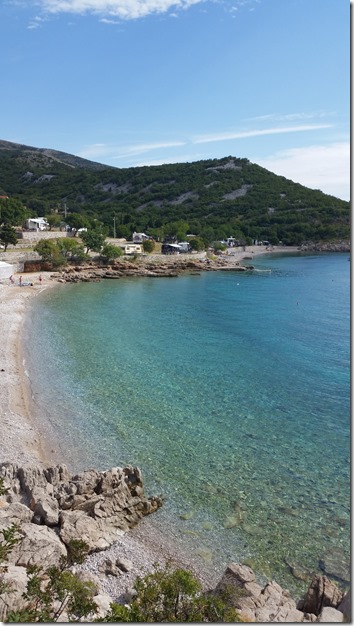 And for the first time, being so far away from any vegetation, we were at last able to break out the charcoal and the braais and get cooking over fire again.  All we needed now was some fresh fish to braai and we’d be set.  So off we jumped into the clear water with snorkeling gear on out for a recce of the local fish poulation.  In terms of clarity the Croatian Adriatic is probably the best we have ever seen at a maximum of 50m visibility in the water and along with it, a fish population that would definitely be able to sustain us for our stay!  If not the fish, then we could feast on sea urchin.  But unfortunately that was off the menu as we spotted the sign saying that the removal of sea urchin was a prosecutable offense. Oh well, fish it would be then. 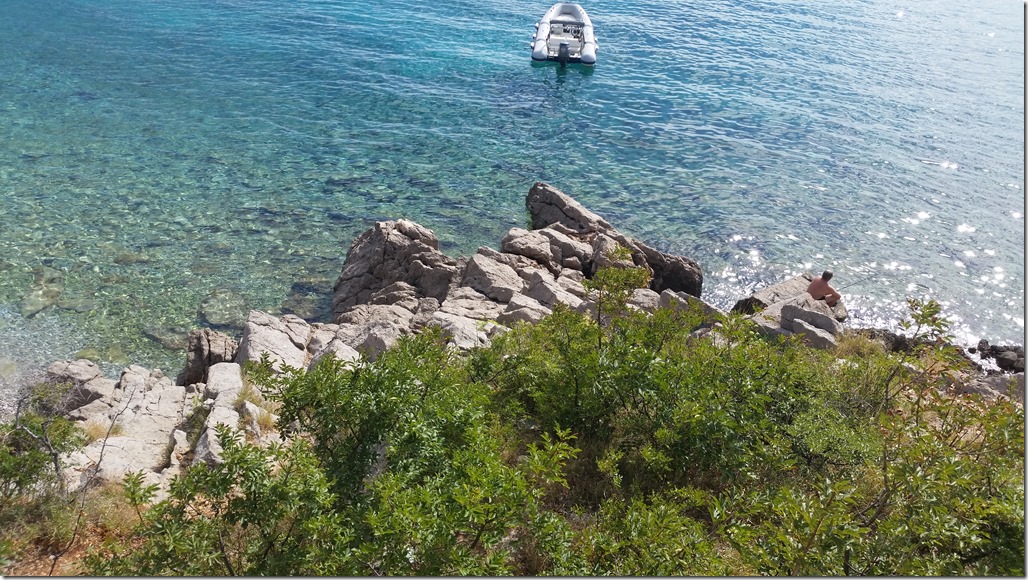 So it was with much excitement that the gorgeous Mr T set up his rod….then spent the next few frustrating hours sitting quietly on a rock and watching through the incredibly clear water as the wiley fish nibbled away at the bait, leaving at the last minute before that dastardly hook got in the way of their feast! On the menu: bread, bread with curry powder (great results form this previously), shrimps, mussle meat, frankfurters, sweetcorn and bacon, all greedily gobbled up with an empty hook left bobbing around mockingly.  Luckily, on the way to Senj we had stopped for provisions so we weren’t to go hungry and as the sun was setting over the Adriatic, 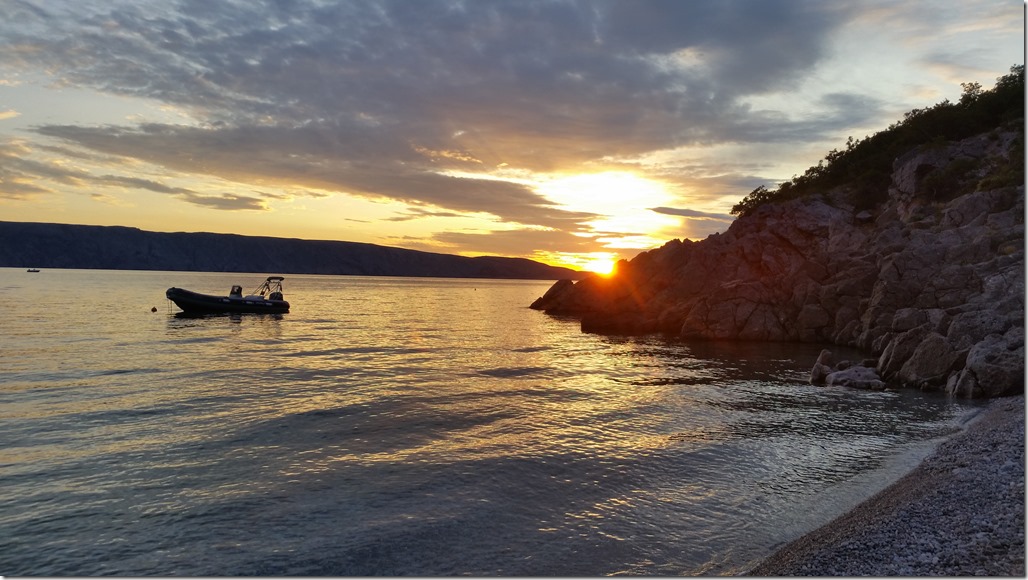 our rotisserie chicken turned serenely over the charcoal fire

….and the gorgeous Mr T continued his lonely vigil at the water’s edge 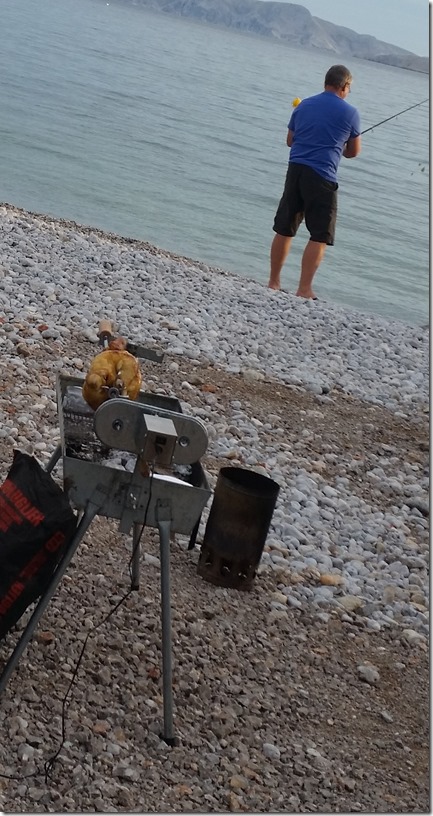 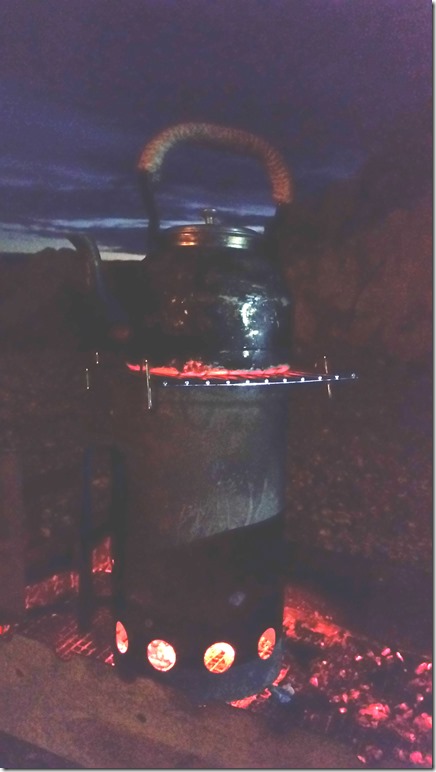 and some mindful rock balancing to calm his slightly frayed nerves. 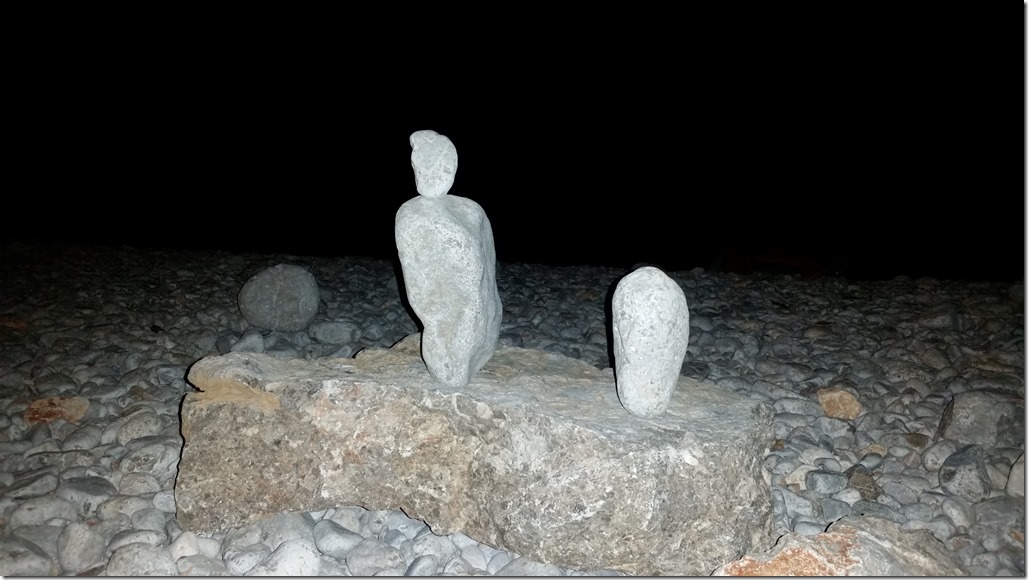 The next day we woke up early to another beautiful clear sky as we sipped our coffee to watch the sun rise over the hills. 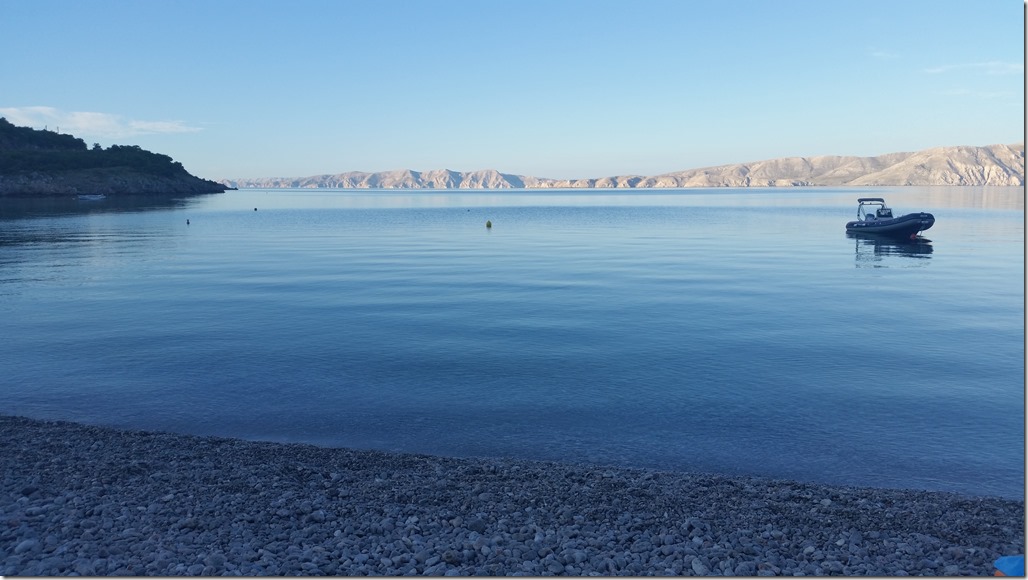 and some fabulous views again from Kaya’s door. 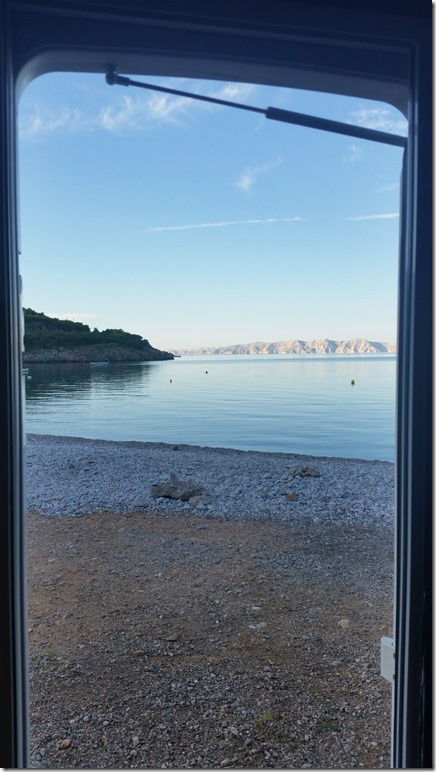 We spent the day pottering around.  The gorgeous Mr T changed tack with the fish and went into the water with them and a hand line.  They were still as wise so it was local sujeza kobasica for supper.  In Croatia they are mad about sausages and it is somewhat of a national institution that arisen around this special offering.  Sausages in Croatia are redolent of our South African sauasage, boerewors.  Real intestines are used for the skins, the meat is coarse and never, ever smooth, fillers are forbidden and the meat is gently mixed with little knobs of pork fat and flavoured to individual family recipes passed down from generation to generation.  It is quite a usual thing to receive a gift of sausages when inviting people round for a meal.  Flowers?? …not a sausage!!!!

So. as the sun set, the fire was lit again and with some marinated kebabs of local fresh kabocha squash, vibrant ripe red peppers and sweet onion, the revered sausages were braaied for another wonderful meal. 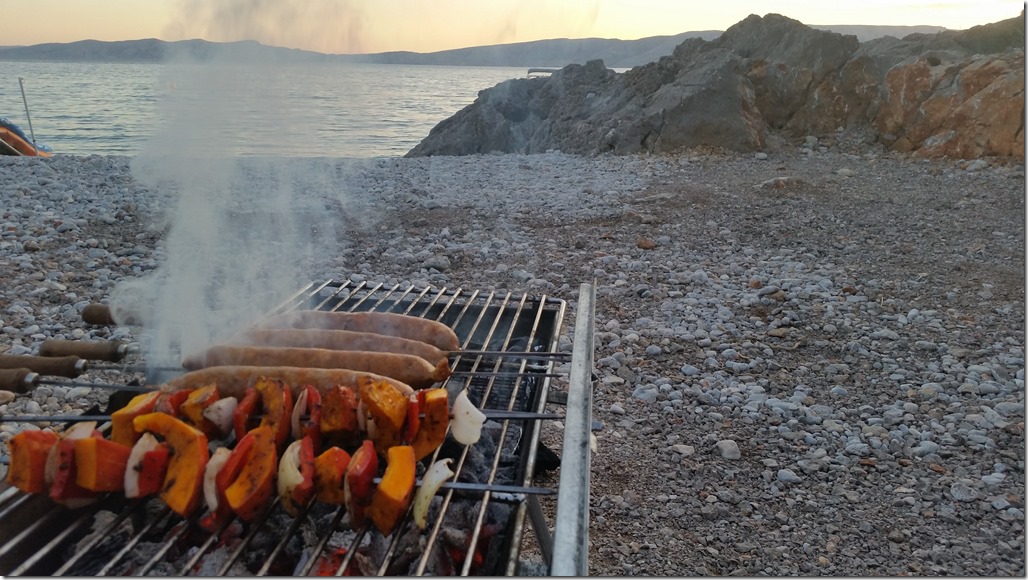 And suddenly life came rushing back at us as death reared it’s head.

An elderly German gentleman on the campsite, 3 motorhomes up from us died. He died sitting in his chair in his swimming costume, a drink in front of him, in the shade of his motorhome awning watching the sun set over the Adriatic Sea.  That’s the way to go, doing something that you love.  We so admire that spirit.  God bless him and his family.

The inconsolable fact of death is that life carries on.

And so it did.