With both lakes so busy – heaving, in fact! – we have decided that, as we’re definitely coming back to Slovenia in the (near!) future, that we’d skip these out but a quick visit was required to have a look for ourselves and to get some photos.  Both are just beautiful and totally warrant a re-visit. 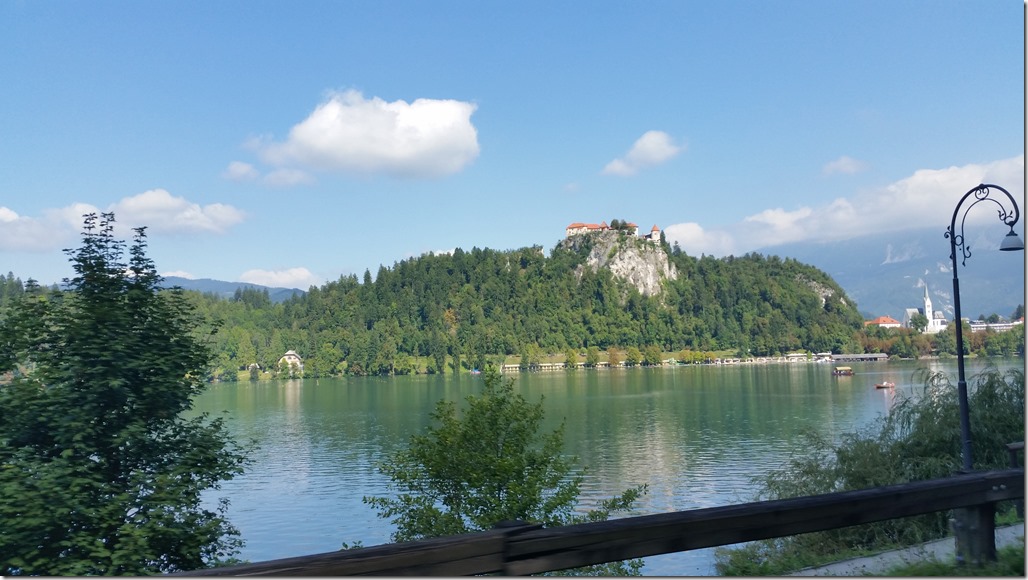 And then it was, set the GPS and point Kaya’s nose in the direction of Postoyna Caves.  The gorgeous Mr T had highlighted these as a “must see” destination.   I, however, went dragging my heels as going 3.5km into a cave system on a train and then having to walk 1.5km through the system with the weight of an entire mountain above whilst shivering in 10oC and getting sweaty cold in 90% cold, clammy humidity was not my idea of an ideal day out.  But, boy, was I ever wrong!

The cost to see the caves is a pretty hefty €25 each but this includes a visit to the vivarium, the butterfly museum, a train ride and a guided tour in English of the caves so we figured that there would be some sort of ROI.  To see the caves at the price is absolutely worth it.  They are spectacular!

Our first stop whilst we were waiting for the English tour to leave, was to the vivarium to see the olm or Proteus anguinus, other wise known as the human fish.  It has gills and rudimentary lungs, legs and a middle ear but lives underwater in the system.  It is the weirdest looking creature but survives happily in the total darkness of the Postoyna caves. 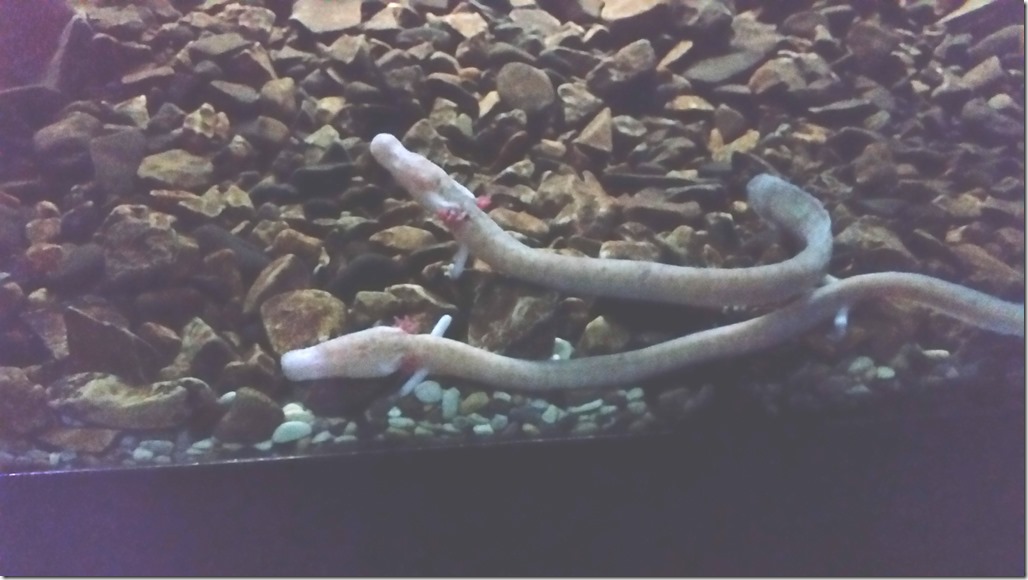 Then it was time to meet our guide, jackets on and make our way underground.  First the train ride 3.5km into the cave system as a completely awe-inspiring vista opens up in front of you.  Caves up to 50m in height, stalactites and stalagmites of the most incredible grandeur, the spaghetti cave where millions of spaghetti shapes dangle from the roof, caves with graceful curtains draped down the walls and just 50m below, the River Pivka that created this system, is still flowing and creating more caves.  We were just blown away with the care and attention that has gone into preserving the cave system.

So here’s the science and something that my tiny brain has great difficulty in wrapping itself around.

Did you know that stalactites and stalagmites grow at the rate of 1mm every 10 years? Now just take that in for a moment.  Each 1m length means that that formation is already 10,000 years old.  So in the picture below with the gorgeous Mr T in shadow next to that column (a stalactite that has joined up with a stalagmite), he is alongside a potential 20,000 year old formation.

Did you know that curtain formations take up to 40 years to grow by 1mm?

Did you know that spaghetti formations take up to 100 years to grow by 1mm?

Did you know that the Postoyna Cave system in the oldest in the world and is estimated to be at least 300,000 years in the making.

It is nature in it’s most incredible form.

My head has just exploded trying to take this all in……..

And an hour later we were back on the surface, cold, clammy conditions left behind but full of the awesomeness of what we had seen, coats off and heading for our next stop.