Our love affair with Slovenia began as we crossed the border and left Hungary behind.  Again, nothing more significant than an EU road sign but from there everything changed.  Dramatically.  The roads changed from pot-holed madness to well tended, the fruit trees were harvested and the produce sold or bottled, the properties loved, gardens cultivated, paint fresh on walls and the views, well, they are nothing short of magnificent. What a difference 10kms can make. 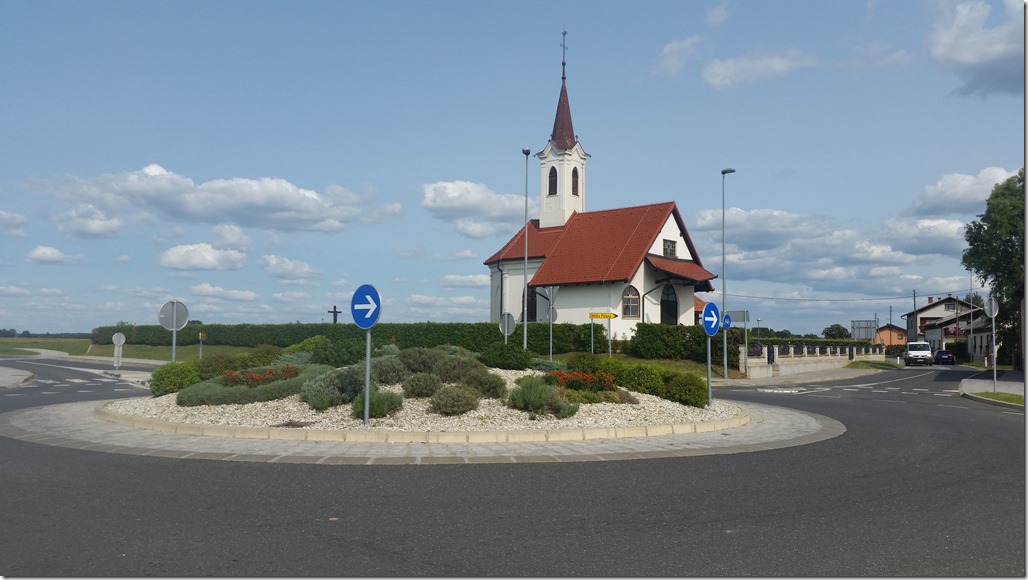 Our first stop was in a town called Ljutomer (pronounce: Lutomer) for a wild camp next to a restaurant, a field of corn and a set of 3 lakes…. 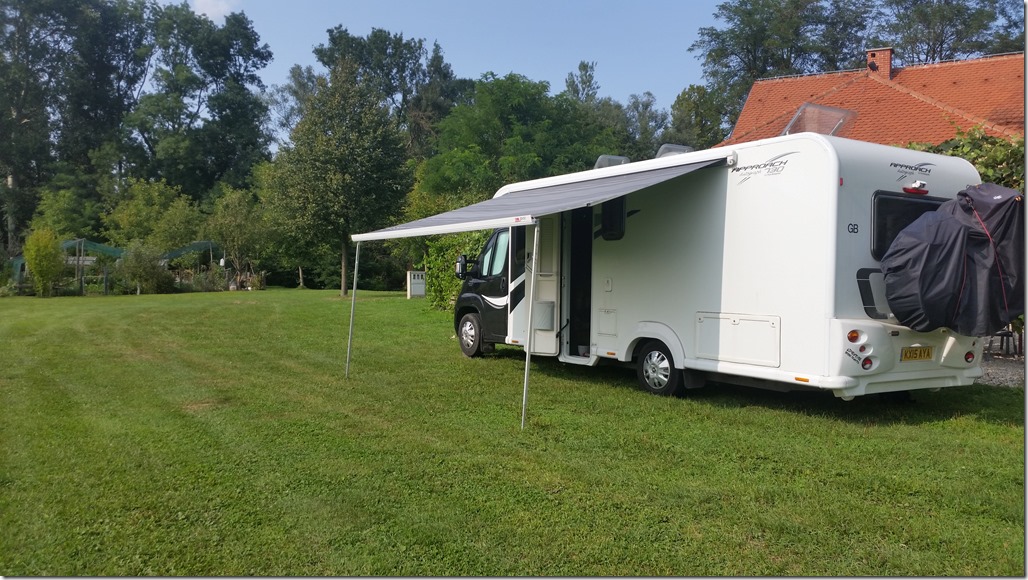 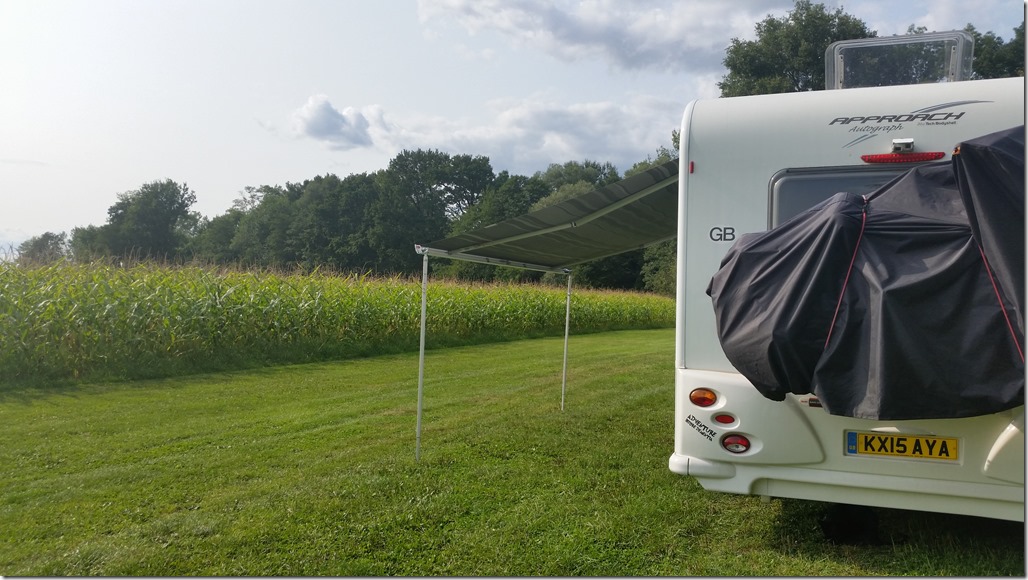 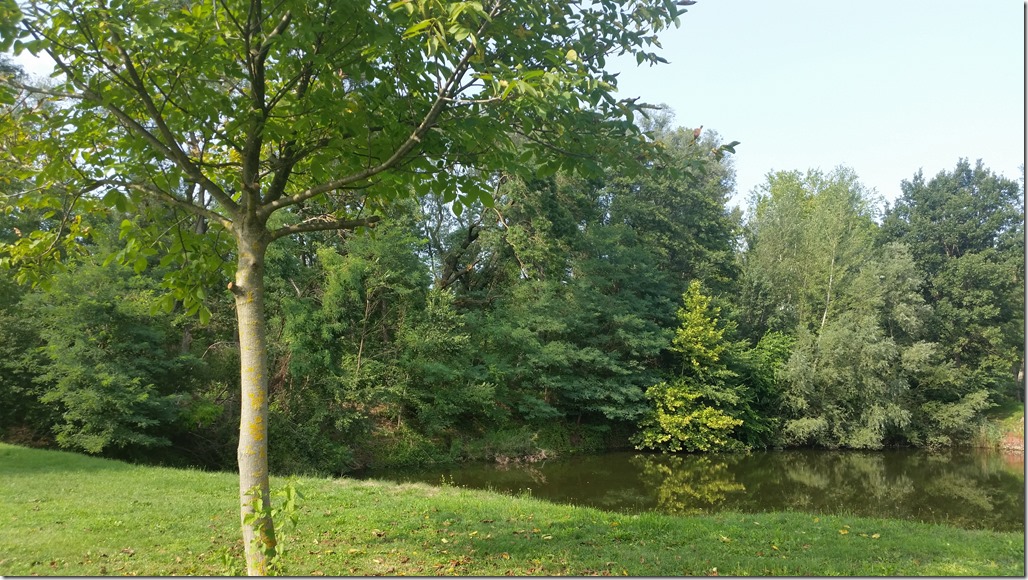 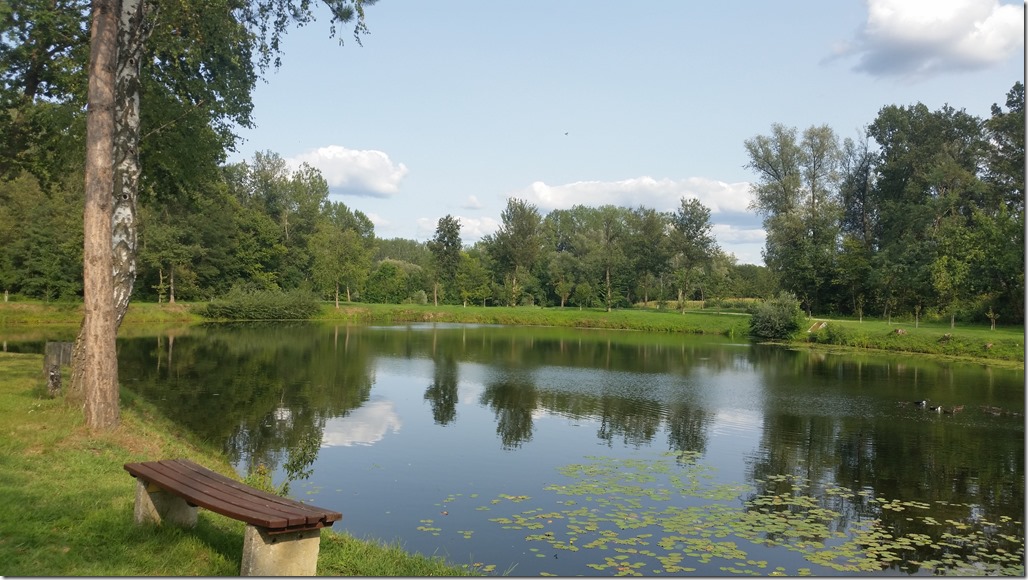 We arrived to a deserted restaurant, closed on a Monday, and got Kaya and ourselves set up, kettle on and wandered round to orientate ourselves.  The only sound was of fish jumping and summertime singing and you just know it was somewhere like this that the song was created, as we whiled away the next couple of hours next to the water. 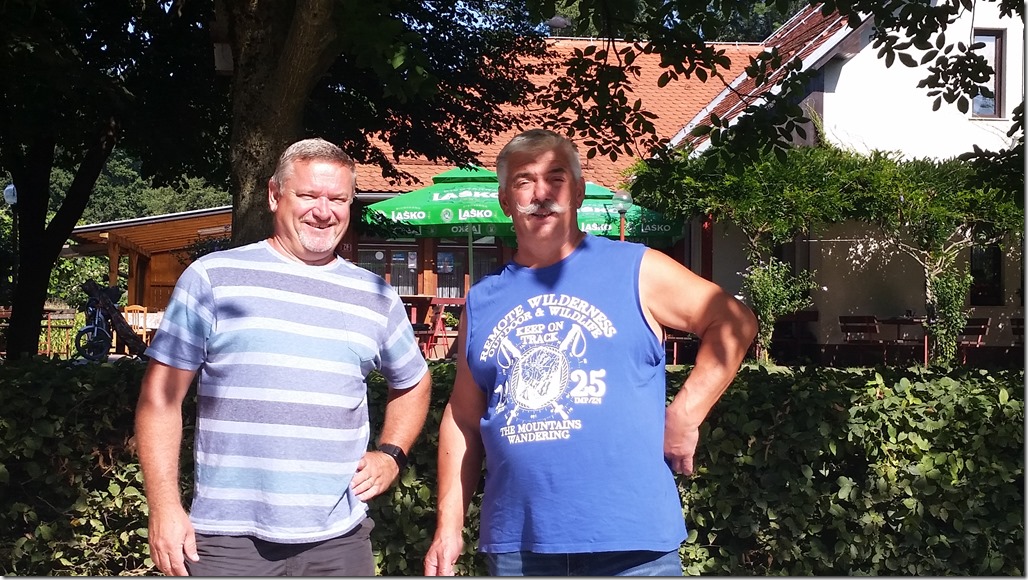 And despite being a rest day for the restaurant and supposedly closed for the day, the owner, Branko along with his magnificent moustache, welcomed us with open arms and a “quick” plate of snacks – a mix of cured meats & cheese served with a good dollop of minced lard & pork something along the lines of a flavoursome dripping known locally as prleška tünka, local breads and some local unfiltered beer to keep us going for the night.  A snack?  A snack?  This is a meal, man!!!! A heaven-sent meal! 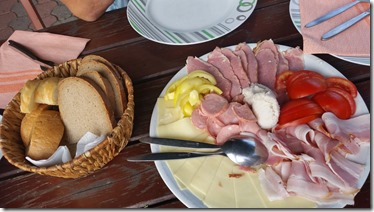 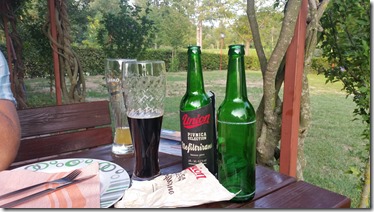 As we finished our meal, Branko came over and insisted that we join him and his friends for a small wine which actually meant a few glasses of wine on the house while we exchanged stories in a mixture of Slovene, English, German and charades!  Suddenly Branko pulled out his mobile phone, dialled a number and pushed it over to Trevor with “you speak to my friend, he is English.  Ham & Eggs. Take your time.” And over another glass of wine we made plans to meet up with Paul and his girlfriend, Sarah, at the restaurant the following day for breakfast.  And ham & eggs it was, along with a Willie (schnapps made with Williams pears), some fabulous coffee and non-stop conversation as we all introduced ourselves.  And sometimes it just clicks.

Later that morning we were invited over to Paul’s renovation project – his 11 year labour of love.  The Slomškov mlin was a derelict building in a village called Razkrižje that he has transformed into a business renting out rooms or the entire building (not the mill side) that you can find on Airbnb etc to holiday makers, local families and businesses.  He does this is conjunction with cycling tours that he leads around Slovenia, Croatia, Hungary and the Balkan states www.simplycyclingslovenia.com.  A fabulous man with a heart of gold who was happy to share information with us on things to do in the area, cycling routes and gave us a wadge of maps with the routes noted on them.  And we fell in love with the mill.  A working mill (till the miller died by being sucked into the machines when his wife brought him his lunch

….. there’s gotta be a ghost story there!) and just waiting for someone to get it up and running again.  We’ve offered our services to Paul for just that – what an amazing project to be involved in.  He’s also opening up his extensively humongous garden for motorhomes and camping, so we’re watching out for that appearing on the maps. 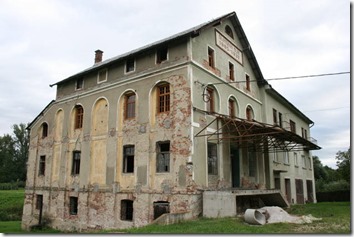 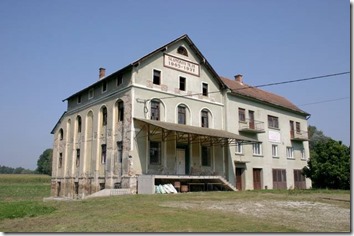 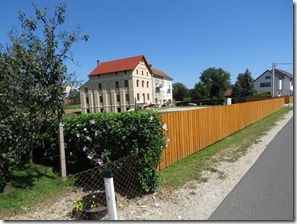 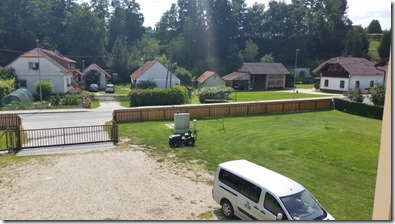 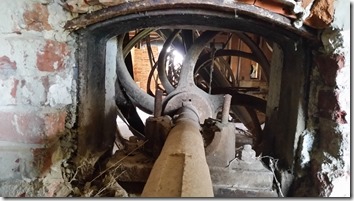 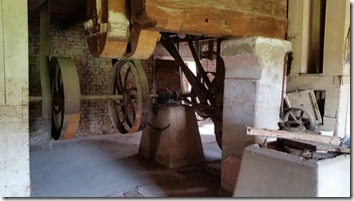 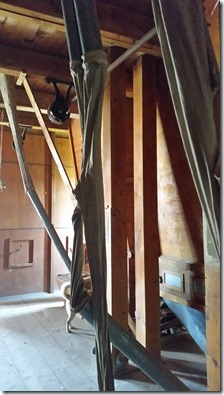 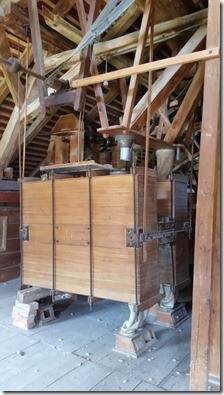 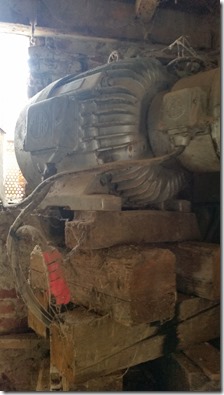 After leaving Paul and Sarah to their work, we followed a route that Paul had suggested to get to the ferry and cross the Mura river in order to get back to Kaya.  20kms later we found to track with a wooden sign BROD (meaning ferry in Slovene) and following a dirt track we came upon the ferry.  This is a ferry with a difference!!!  Using a thick hauser and pulley and cable system, along with the flow of the Mura River against the rudder (and watched over by the good Lord himself!), the ferry powers it’s way across the river to the opposite bank.  Don’t forget to pay the ferryman!  And we were off back home for another slap-up meal at Branko’s.

In the meantime fellow travellers, Andi & Paul had arrived in their matching motorhome and we arranged to meet up with them for supper that night.  After several nightcaps, lots of talking and some dark chocolate in Boris, we were off to bed as Andi & Paul were moving on the next day.  Don’t they look right cozy together! 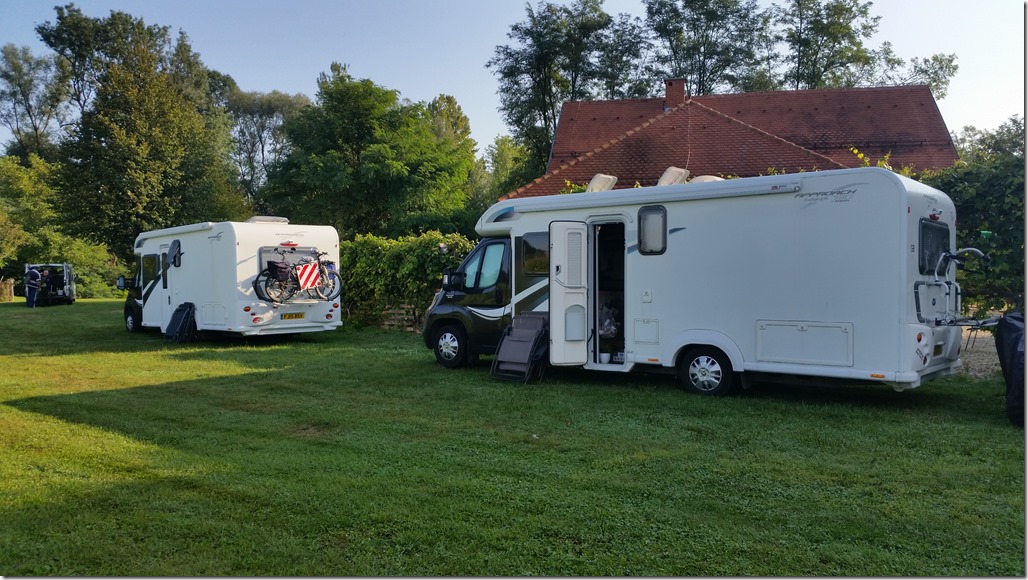 The following day we met up with Paul and Sarah for a 30km cycle around Ljutomer up to Stara Cesta to meet up with their other friends, Chris & Helen from Cheshire.  “There’s only 1 steep hill”….. huh…. so we went up the one and there ahead was another….”just another 2kms, not far now”….. I stopped believing him then!! But finally we got there for a chat, a laugh, a litre of ice water and a plan to meet up again at Branko’s that night for suckling pig cooked in his wood-fired oven. 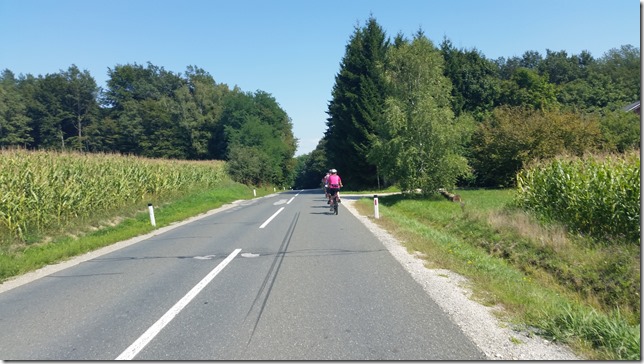 And off we went back down the hill and even I managed to stop braking for a while and hit the dizzying heights of 42.5kph on the long downhill.  “Did you see that deer on the left coming down?”, asked Sarah.

The suckling pig was to die for, we shared a treasured tot of very old schnapps from Branko’s collection, we, for the first time ever, experienced a lock out (we were outside and Branko went home after locking up, switching off the lights and leaving us with 2 more litres of wine and mineral water) causing much merriment, we laughed till we cried and shared a small bottle of Sloe Gin that I’d been hording for a time like this and life in Ljutomer was good. 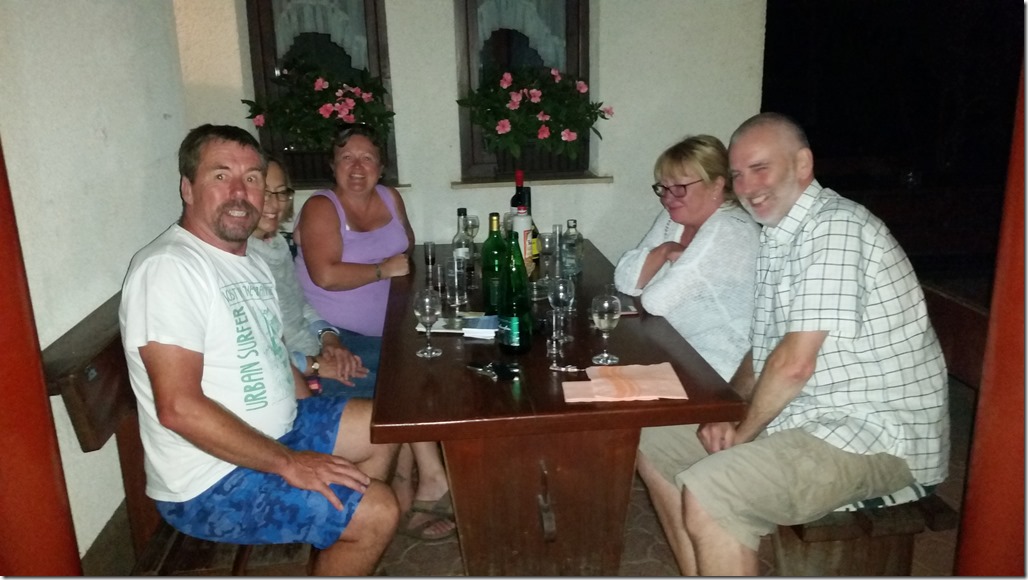