Travel is more than the seeing of sights; it is a change that goes on, deep and permanent, in the ideas of living.

Our aim was to get on the road by 11am ….. so we were only 2 hours late in leaving!  But after having woken up in a cold sweat on Friday remembering that I had forgotten to defrost the chest freezer and do the server data backup, we were actually pretty chuffed that it was only 2 hours.  The last half an hour was spent shifting cars and wheelie bins in the back yard so that we could leave room for Aiden & Lucy to park. 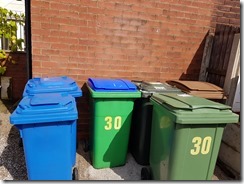 The half hour before that was a panicked, last minute chucking into the bathroom of things we had forgotten to include (plenty of time to sort it later).  Picture this, the bathroom knee high in bits and pieces that we were determined weren’t going to kill us if we came to a sudden stop (always a risk carrying loose items in the motorhome when travelling) but leaving no room to even have a piddle.  Although later, in desperation, we managed by closing blinds, stripping off and gingerly and strategically placing feet in awkward positions (almost rendering us incapable of peeing anyway!!!) but finally finding some relief.  I’ll leave that thought with you

First stop J13 of the M6 to meet up with Dave & Cathy Wood.  Fellow members of The Bailey Motorhome Owners Group on Facebook and also happy owners of a Bailey motorhome.  It had been a bit of a stressful start earlier in the day, so stopping in to drop off one of our 15” tyres that we were selling and ending up spending a couple of enjoyable hours chatting and drinking tea with such a lovely couple, was the break that we totally needed.  We left with some new friends and feeling much calmer and happier and well able to drive another 40 minutes to our final stop for the day.  Thanks, guys, if you’re reading this, it was lovely to meet you and do what all motorhomers do: chat, swap packing and mod ideas and just relax in good company.

Then on to Tracey & Ian and our final stop of the day.  More great company, fabulous food and a few bevvies later, it was suddenly midnight and the last 2 weeks were catching up with us.  Having put plans in place to try and meet up in Morocco after christmas, setting the world to rights and having killed (dead!!!) 5 bottles of wine and several lethal pineapple cocktails, we staggered off happy and replete with food and friendship.  Reason to travel #1. 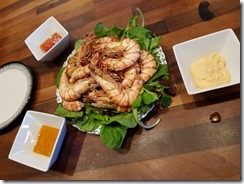 Starters: Perfectly griddled prawns with a selection of dipping sauces 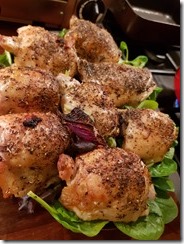 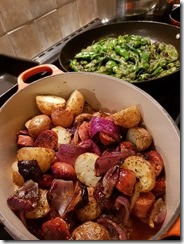 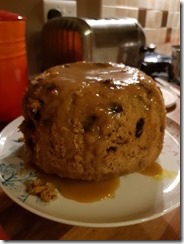 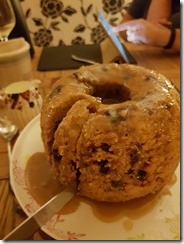